The boring but amazing truth behind artificial intelligence 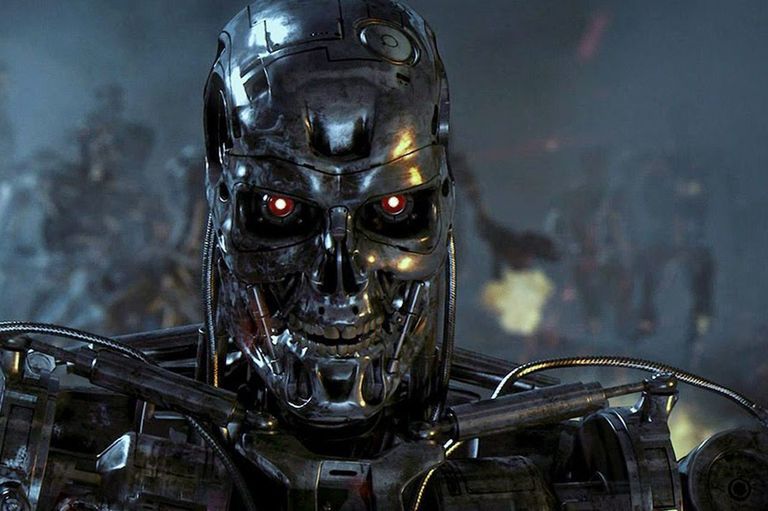 Fear and admiration for AI

Since my childhood, I was fascinated by artificial intelligence. I’ve read almost all of the novels by my all-time favorite author, Isaac Asimov, who invented the Three Laws of Robotics:

In his Sci-Fi universe, these three laws were implanted in every “positronic brain” of all robots, so that we humans had nothing to fear from them. When you think about it, we fear what we don’t know and Hollywood wired us to fear and respect AI. I remember when I was a kid I had nightmares after the nuclear bomb scene in Terminator 2.

Where are all the robots?

I must admit that I am a little disappointed because I have not yet passed an intelligent robot, capable of dreaming, of revolting against humanity and of taking control of the world.
My brother is a very smart engineer who has worked for some of the biggest tech companies in the world and a few years ago at a family dinner he casually mentioned that he was working on artificial intelligence! Specifically, he was designing games and working on the AI engine behind one of them. I couldn’t believe my brother was working on AI. I mean, I always knew he was smart, but I couldn’t imagine him exactly as the founder of Skynet. I needed to know in detail what he was doing, but he was rather surprised at my question, because it really wasn’t a big achievement for him.

What followed was one of the most revealing discussions I have had in my adult life. As an engineer, he explained to me in clear and simple terms exactly what he was doing. There is a lot of theory behind game design, but in general we consider a game to be fun if it strikes and maintains a delicate balance between being difficult enough to push us to improve, but not too difficult for us to be frustrated. One of the strategies behind this is to use the AI to automatically adapt the level of difficulty to the player, to provide a bespoke experience … in reality, what my brother was doing was nothing more than a bunch of calculations. Explained like this, there was nothing inherently smart about it … I was quite disappointed with the AI.

American author Pamela McCorduck was the first to speak of the “AI effect”. According to her, whenever someone imagines how to do new “smart” things with software (ex: facial recognition, playing chess, doing speech recognition, etc.), there will always be people saying that it’s not “real intelligence”, it’s just a bunch of math.
According to the “AI effect”, as soon as the AI succeeds in solving a problem, it ceases to be magical and the problem is therefore no longer part of the AI …
This is likely due to the fact that we as humans have to think that there is something that makes us inherently special and unique in the universe and that there is a particular field or skill that represents really intelligence where robots can never outdo us.

Alan Turing is considered as the father of computer science. In 1950 he developed the Turing Test. According to him, a machine would be considered “really smart” if it could chat with a human and make him believe that there is a real human behind the discussion. At the time, natural language processing was an area where little progress had been made and human conversations were considered the height of complexity. However, in 2014 there was the first software that passed the test. As a result, we no longer consider this achievement to be “real AI” and we still dream of one day meeting “really smart” robots that could outdo us.

The ultimate goal behind AI is to increase profits

The reason there are no smart robots actively working to kill us is because there are no economic reasons for it. Despite what many people think, the world is now more peaceful now than ever.
We live in a capitalist world and the most significant investments in AI come from the private sector, whose ultimate goal is to increase profit for its shareholders. Google, Amazon, Microsoft, and IBM are the biggest players in AI, and the biggest advancements in the field are for applications that make economic sense for their businesses.
The software my brother was writing was designed to improve the user experience and ultimately to help a game company sell more.
Take Machine Learning for example, the cutting edge field of artificial intelligence, and learn about its applications in real life.

AI is already here and you use it every day

We already use artificial intelligence every day without even noticing it. Our iPhones recognize our faces so they unlock even faster (and sell more). Every time we visit Amazon’s website, it uses an AI engine called DSSTNE to provide product recommendations and push us to buy more. Netflix learns from our interests in order to provide us with a better choice of movies and to convince us to keep paying our subscription … Before we even know it, it is already 3am and we have passed the evening watching series …
All of these technologies were quite difficult to develop and some very smart engineers wrote these algorithms, the ultimate goal of which was to make better products, sell more, lower costs, and increase profits for their shareholders.

There are also potentially frightening applications of AI …

I am not saying that the fears of artificial intelligence are unfounded. There are still real and serious threats that could come from the military, the arms industry, or rogue and authoritarian governments. There is a video that has gone viral, warning of the real dangers of using AI to design autonomous weapons. The video was simply made to educate the public on this issue … We are glad it is not yet a reality!

The real brains behind AI

For now, if you think about it, the real masters pushing the boundaries of AI are the CEOs of Google, Amazon, Microsoft, and IBM and, for now, the annihilation of the human race isn’t part of their business plan …
Although the invisible hand of capitalism is the driving force behind AI investments, it has a real impact on jobs, we are living in a very interesting time, where AI is also being used to reduce road accidents, identify more precisely and treat diseases, analyze our genome, etc.
The applications of AI are endless and it is our responsibility as humans to make the most of them.

As Machine Learning specialists, the MLAB.AI and AI IS MY FRIEND (IA C’EST MON DADA) teams are at your service!

If Machine Learning inspires you and you think you want to implement a use case in your organization, contact us. We are agnostic and we recommend and integrate the technology that best suits your needs. If the available technologies do not meet your needs, we can always train a custom model suitable for your project.